The stock of Incyte Corp. (NASDAQ: INCY) had been performing well in the stock market. It increased by 38% for the last 52 weeks. This performance is better compared to the 8.77% increase recorded for the NASDAQ Biotech Index during the same period.

What is Incyte Corp. and What Type of Business Does it Engage in?

Incyte Corp. belongs to the pharmaceutical industry in the United States. Based in Alapocas, Delaware it was founded in Palo Alto, California in 1991.

Incyte is the manufacturer of the Jakafi drug, which is intended for the treatment of Myelofibrosis and Polycythemia Vera. FDA approved the release of this drug in November 2011.

With the Jakafi drug, which is being marketed by Novartis outside the U.S., Incyte earned a considerable amount of income that has kept on increasing year after year from 2012 to 2016.

In 2014, the company developed an inhibitor drug called Baricitinib for rheumatoid arthritis together with the big pharmaceutical company, Elli Lily (NYSE: LLY). The drug was submitted to the FDA for approval In January 2016. One year later, FDA asked for an extension to allow the board more time to examine the drug.

FDA’s Decision to Deny Approval of the New Drug

On April 14, 2017, FDA released its decision to decline the use of Baricitinib for rheumatoid arthritis. Pending further tests for clinical data is still needed to establish the appropriate dosage of the drug. FDA also noted that additional study is needed to measure and verify the safe use of the drug when taken by patients.

The Effect of FDA’s Disapproval in Incyte’s Stock Performance

Financial experts vary on how the disapproval will affect the development of the drug as time is of the essence in the manufacturing of new drugs. In conducting further clinical tests, capital outlay is needed to do further study.

Image source: “pharmaceuticals” by Jenny Ondioline is licensed under CC BY 2.0 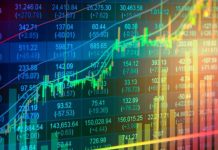